DiaCarta’s Direct cfDNA Quantification Tests, available as QuantiDNA™ assays, measure the ng/ml level of cfDNA concentration in human plasma using a luminometer (QuantiDNA™ DNA Measurement Assay) and Luminex MAGPIX (QuantiDNA™ Direct cfDNA Test). Unlike the majority of the cfDNA quantification methods that need to extract DNA first before measuring the DNA concentration, our Direct cfDNA Quantification Tests do not need the isolation of cfDNA for quantitation and provide more reliable results because it eliminates DNA loss during DNA extraction. In addition, it uses only a few microliters of plasma for cfDNA quantitation.

Learn more about the comparison of DNA quantitation results of the plate-based assay (luminometer-based) and beads-based assay (Luminex-based) HERE.

Signal detection by a luminometer

GET A QUOTE NOW

The future trend for healthcare is personalized medicine (tailoring of medical treatment based on of each patient) to reach the goal of precision medicine. According to the Precision Medicine Initiative, precision medicine is “an emerging approach for disease treatment and prevention that takes into account individual variability in genes, environment, and lifestyle for each person.” Traditional medicine is developed targeting individual without much consideration of individual differences. Using medicine approach, individual groups of patients are guided with medicine which specifically these patients based on the characteristics of these patients, such as genetic mutations or epigenetics changes.

Liquid Biopsy as a Tool for Precision Medicine

As a personalized medicine tool, biopsy is non-invasive biopsy using bioliquid such as blood to find information about diseases and other physiological changes. The great advantage of liquid biopsy is to provide important clinical information to guide doctors with treatment strategies without using traditional invasive biopsy. 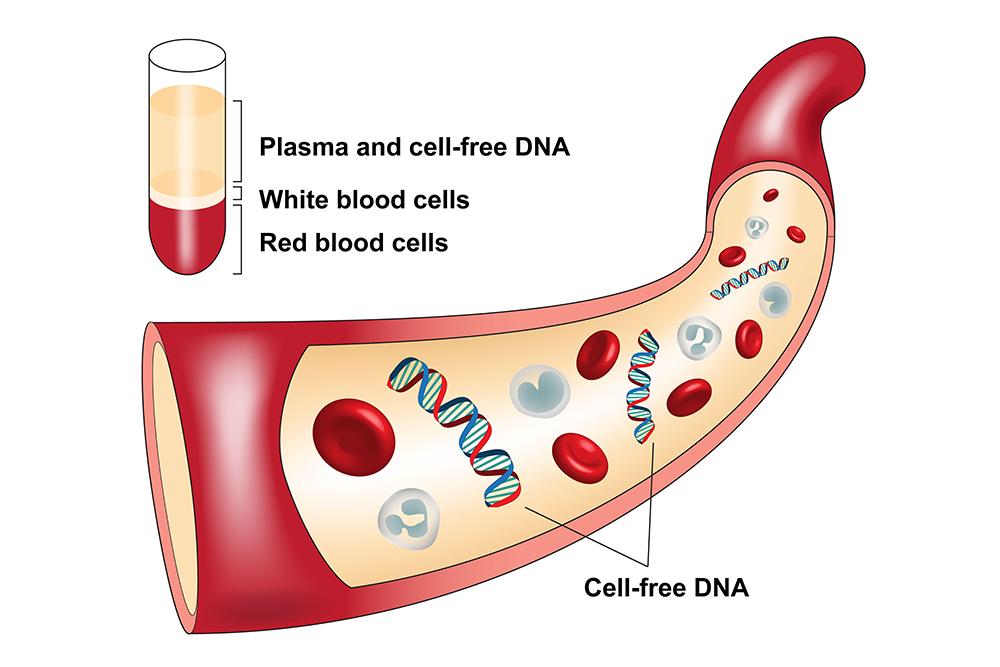 cfDNA is commonly found circulating in plasma. First discovered in plasma in 1948 by Mandel and , cfDNA was only studied in cancer patients and systemic lupus erythematosus patients fifteen years later. It is not until 1977, it is demonstrated that the level of cfDNA is significantly higher in cancer patients than healthy individuals. In healthy individuals, the concentration for the cfDNA is very low, average ranging from 0 to a few ng/ml. the concentration of cfDNA is increased in cancer and other patients, average ranging from 20 to even more than 100 ng/ml.

It is thought that cfDNA comes from apoptosis (programmed cell death) and cell necrosis. The size of the cfDNA varies depending on the source. It is reported that cfDNA from apoptosis can be 100 bp to 500 bp, average about 170 to 180 bp while the cfDNA from necrosis is usually much bigger and can reach more than 1 kb.

What is the C between the Levels of cfDNA and Diseases?

The publications for cfDNA from plasma have been increasing over the years from <100 in 2007 to >300 in 2016. cfDNA has been studied as a potential biomarker for different diseases including, but not limited to cancer, cardiovascular diseases (sepsis, myocardial infarction), hemodialysis, inflammation, infection, ischemic stroke, and connective tissue diseases, pregnancy-associated disorders and transplantation rejection.

Tumors shed DNA in blood streams, called circulating tumor DNA (ctDNA). Although ctDNA is only 0.01 to 0.1% of the total cfDNA, presence of the ctDNA in blood provides good liquid biopsy samples for testing of genetic mutations and epigentic changes. Studies show that the amount of cfDNA and the ctDNA in plasma is proportionally correlated and cfDNA quantitation can be used as an indicator for ctDNA quantitation because ctDNA level is really low in plasma and accurate quantification is difficult. Research indicates that the level of cfDNA in cancer subjects is higher than that in the healthy individuals. The later stages of the cancer subjects have much higher level of cfDNA than those with early stages of the same cancer. Read our white paper for review for more details. 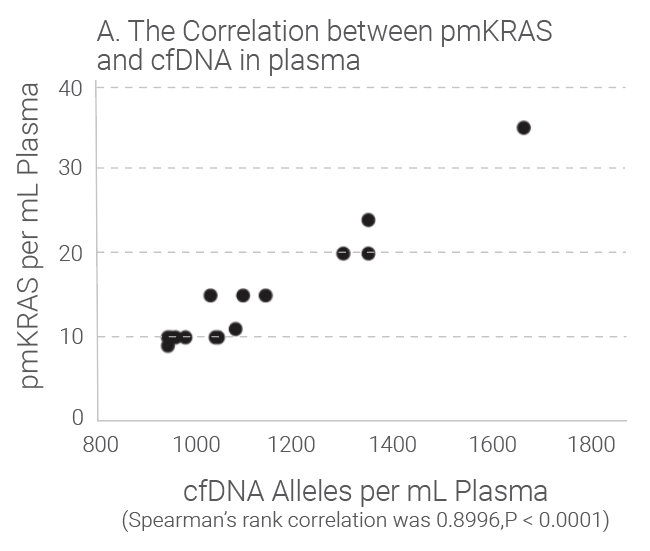 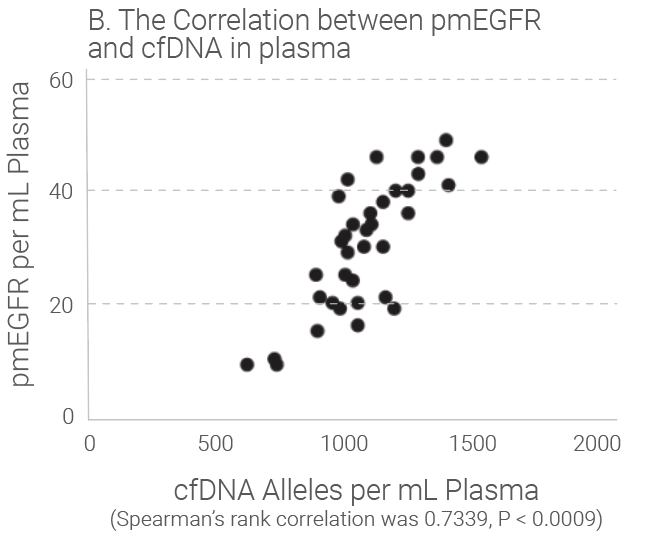 Compared to indirect quantification, the advantage of the using direct quantitation methods include:

The procedure minimizes loss of cfDNA during cfDNA purification

Below figure shows the comparison of direct and indirect DNA quantification methods. 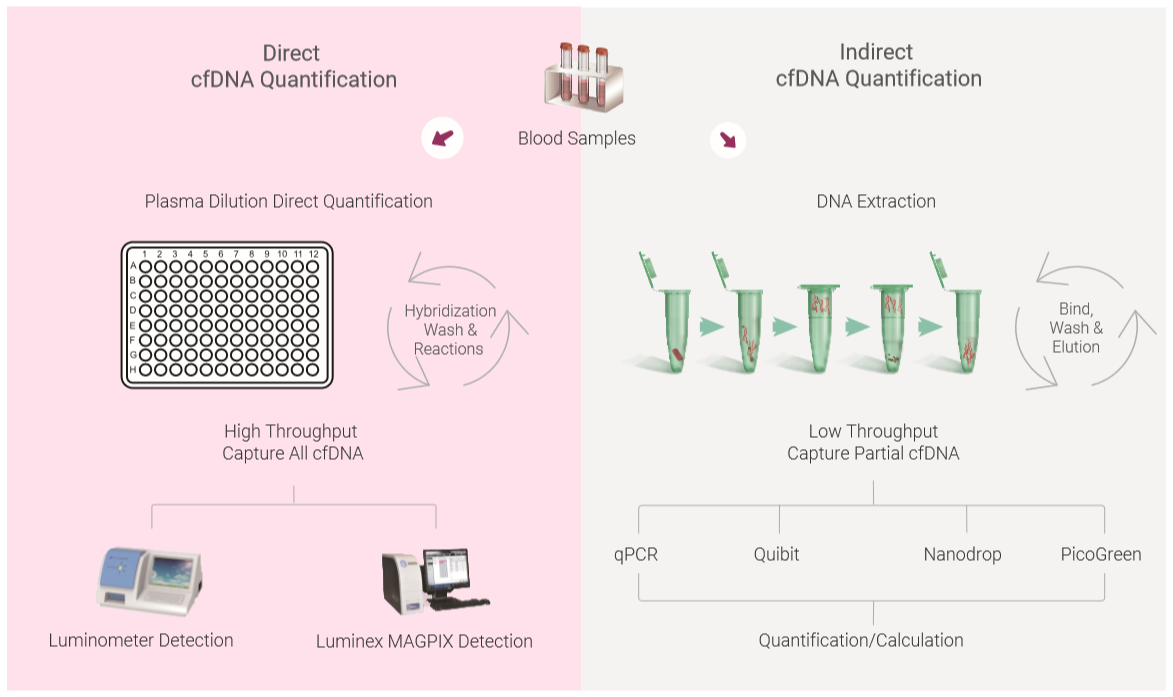 As we reviewed above, cfDNA has been widely studied for

Comparison of healthy individuals and various types of patients

Disease stage and treatment monitoring for a certain type of patients

If the cfDNA does not need to be purified for further mutation or epigenetic change detection, of drops of blood is necessary for direct quantitation.

The workflow for cfDNA quantitation is summarized below. At different time of points at disease progression or therapy, cfDNA can be quantitated using the direct cfDNA quantitation kits. However, it is not always necessary to extract cfDNA for the quantitation purpose if no cfDNA changes need to be detected at different time points. Often, the cfDNA qualitative analysis is necessary for diagnosis of diseases for particular genetic changes or therapy guidance based on certain gene mutations, such as drug resistance development after use of first or second generation of tyrosine kinase inhibitors (TKIs). Below figure shows  the suggested workflow for cfDNA monitoring for disease progression or therapy. 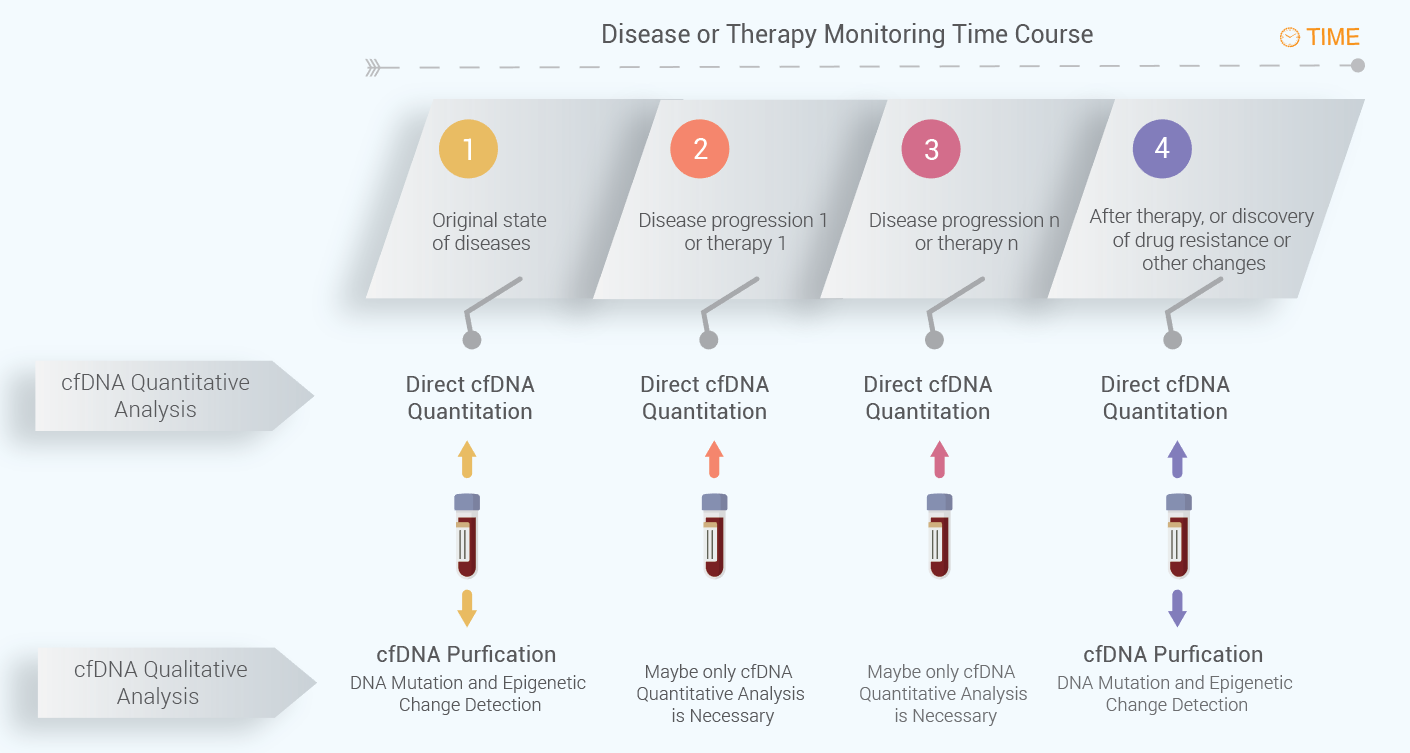 Requirement: Capable of maintaining a constant temperature between 46–55 °C ±1 °C)

Requirement: Capable of maintaining a constant temperature between 46–55 °C ±1 °C)

US Customer Ordering Information (Research Use Only)

US Customer Ordering Information (Research Use Only)