“We recently lost our dear colleague and friend, Mike Powell,” said Aiguo Zhang PhD, CEO of DiaCarta. “Mike was a Precision Medicine Pioneer and prolific inventor of ground-breaking medical diagnostic technologies. Mike’s studies of virus and human gene mutations helped to lead the revolution in targeted diagnostics and companion therapeutics, especially for the treatment of infectious and neoplastic conditions. Mike innovated technologies enabling rapid detection of known gene variations directly affecting a patient’s response to chemo- and immuno-therapeutic drugs and radiotherapies. Mike was a true visionary in molecular diagnostics, an integral part of DiaCarta’s mission to advance more accurate and sensitive diagnosis of infectious and neoplastic disease and patient treatments. Mike was an internationally recognized leader in molecular diagnostics throughout his 5-decades-long career as a prolific inventor and R&D professional. His legacy as a true friend and pioneer of precision medicine will last throughout the international scientific community. We have worked and laughed alongside Mike Powell, as a passionate and creative out-of-the-box thinker and product developer. On behalf of DiaCarta’s US, EU & Asia teams, and the scientific world, we extend our deepest condolences to Mike’s family, friends, collaborators, and colleagues. Mike leaves a legacy as an internationally recognized, world-class chemist, original thinker, character, and diagnostic product developer who was truly larger than life, and he is sincerely and profoundly missed.” 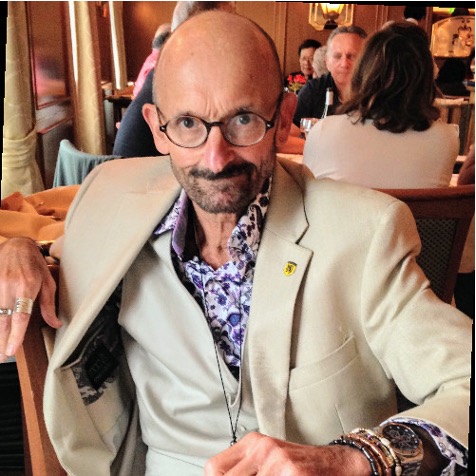 “Mike was a brilliant and highly innovative scientist. He was a dear friend and exceptional colleague,” said Richard J. Massey, PhD, CEO at Covalent Bioscience. “We worked together at IGEN International along with Sudhir Paul, PhD, at the University of Nebraska on the discovery of naturally occurring catalytic antibodies.  This pioneering discovery has revolutionized our understanding of innate and adaptive immunity and is the basis for creating treatments for many different diseases, including Alzheimer’s and AIDS, and an HIV vaccine candidate.  Mike also led the team that developed immunoassays and nucleic acid molecular tests based on electrochemiluminescence (ECL).  His research on ECL resulted in best-in-class products developed by Roche for the in vitro diagnostic market that have generated annual sales of billions of dollars.  Mike was a true scientific pioneer, always looking for the next scientific breakthrough to create medical products for unmet medical needs. Just recently we were discussing new scientific opportunities for us to collaborate. I will dearly miss Mike and our many discussions about the latest discoveries in biotechnology.” Mike Powell, Ph.D., served as DiaCarta’s Chief Scientific Officer since 2013. Michael was the Founder, President, and Chief Scientific Officer of ProCoron, LLC where he innovated a series of proprietary DNA-targeted drugs and enzyme-activated prodrugs for the treatment of cancer. Michael previously held the position of Founder and President of Tiger LLC where he collaborated with leaders from start-up and mid-sized biopharmaceutical companies in business development. Michael also founded and served as President and Chief Scientific Officer at Odyssey Thera Inc., a privately held company that commercialized a proprietary fluorescent live cell-based assay and diagnostic imaging technology for the application in target validation and drug discovery. Mike pioneered the research and development of electrochemiluminescence (ECL)-based immunoassays and DNA detection chemistry. Mike Powell also designed and built the first OriGen Analyzer, now Roche Diagnostic’s in-vitro diagnostics immunoassay platform, commonly known as the ElecSys System. Roche acquired the rights to use the technology through the acquisition of IGEN for $1.4B in 2004. Mike also pioneered in the development of Abzymes also known as Antibody Enzymes or Catalytic Antibodies through immunization with transition state analog-based or other immunogens. He and collaborators produced the first catalytic monoclonal antibody-based esterase enzyme mimetics, now called Abzymes, together with collaborators at the University of California, Berkeley. Mike previously held the position of Director of New Technology at Roche Diagnostics, Boehringer Mannheim Corporation, and Microgenics where he directed and managed new technology acquisition and research in medical diagnostics. Mike also held several other R&D senior management positions at Integrated Genetics, Medisense, and Celltech Group.

Michael Powell was a Post-Doctoral Fellow in the Department of Chemistry at the University of Nottingham, completing his research on total synthesis of biologically active natural products. He received his PhD in Bioorganic Medicinal Chemistry from the University of Loughborough and a Bachelor of Science in Chemistry with Honors from the University of Bath. Michael J. Powell, PhD, has published numerous research papers in leading peer-reviewed international scientific journals, holds hundreds of patents and patent-pending applications, including his rapid real-time qPCR mutation analysis method published in Analytical Biochemistry. To all who knew Mike personally, he was funny, kind, charismatic, and a connoisseur of sports cars and scallops. He was a true friend and mentor who inspired us and touched our lives.

DiaCarta, Ltd. (“DiaCarta”), a precision molecular diagnostics company, today announced that the U.S. Food and Drug Administration (FDA) granted Emergency Use Authorization (EUA) for its QuantiVirus™ MPXV test, which is a PCR test for the qualitative detection of DNA from monkeypox virus (MPXV) in lesion swabs collected from individuals suspected of monkeypox infection.

DiaCarta to Become a Publicly Listed Company Through Merger with HH&L Acquisition Co.

DiaCarta, Ltd., a precision molecular diagnostics company and developer of novel oncology and infectious disease tests, and HH&L Acquisition Co. (NYSE: HHLA.U, HHLA, HHLA WS) (“HH&L”), a publicly traded special purpose acquisition company (“SPAC”), today announced that they entered into a definitive business combination agreement (the “Business Combination Agreement”) that is expected to result in DiaCarta becoming a publicly listed company (the “Transaction” or “Business Combination”). The Transaction is expected to provide DiaCarta with access to the approximately $414 million cash from HH&L’s IPO proceeds held in trust, assuming no redemptions by HH&L’s shareholders and prior to the payment of transaction expenses, and potential additional financing to catalyze DiaCarta’s growth. The Transaction implies a pre-money equity value of $460 million for DiaCarta on a fully diluted basis and is expected to close in the first quarter of 2023. The Transaction positions DiaCarta to capitalize on significant future growth within existing and new markets.

DiaCarta Inc., a precision molecular diagnostics company and leading developer of novel oncology tests using liquid biopsy, today announced the appointment of Jack Kaye, retired Partner with Deloitte LLP, as an independent board member who will serve as the Chairman of the Company’s Audit Committee.